ASU students with passion for film connect through student-led organizations

The COVID-19 pandemic continues to create changes in lifestyle, work and school, forcing individuals, as well as groups, to adapt and work together in ways they hadn’t previously planned. In the midst of these changes, the New American Film School emerged, previously a part of the School of Film, Dance and Theatre and now its own entity.

This new school has given a number of opportunities to students, including several student-led groups where members meet regularly to discuss common interests, make plans and have fun.

The student groups in the New American Film School and other ASU-wide student-led film or film-oriented organizations have come to the forefront and are currently putting in the work to keep up these passions and continue to engage with one another.

The Association of Filmmakers at ASU is primarily a club for student networking as well as showcasing ASU film students' projects and other work. In the face of the pandemic, their team has worked tirelessly to help make sure students will still have a platform for new and creative ways to connect. Their mission is to bring people together and help students no matter what level they are on in their academic film journey. Their goal is to help break down the walls and fear that can come with networking and help foster a web of support throughout the film community. 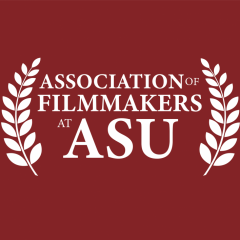 Serena Hoskyns, an AFA club president, shared that "(AFA) is like my film family, and has been one of the best parts of my time at ASU. This isn’t just a network, it is a link of support from people who want to see their members and fellow students succeed and showcase their achievements. I hope that the community and connectedness we foster carries on and helps usher in the next group of artists and dreamers in the New American Film School. It truly has been a gift just to be a part of this journey with so many amazing individuals.”

AFA will host its Halloween event, which will include a costume contest, games and prizes, on Oct. 23rd at 7:30 p.m. The group is also planning to host a preelection event this November. 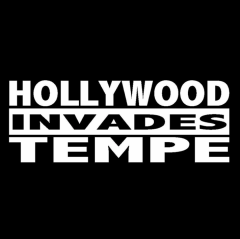 “I believe that Hollywood Invades Tempe has given me the best introduction into the film community in Arizona and California,” said president Sedona Saulnier. “I have had unparalleled experiences working with my teams over the years, and I can only hope that those who care as deeply about the organization and the film program here at ASU continue the great work we have done here. I want to continue to help foster creativity and inclusivity for the long haul. I sincerely believe that is my mission as a film student and a Sun Devil.”

Fade In: is a screenwriting club, a place where screenwriters can bring their scripts to have them read and get feedback. The club starts by casting a script, giving out parts and then hosting a reading, where the cast members read their respective lines. After the reading, they open the floor to anyone for feedback.

“It’s an open dialogue, a conversation between writer and audience,” explained club president Alex Plaizier. “The hope is that the feedback will aid the writer when they go to do the rewrite.” Plaizier said that “being a part of Fade In: is like being a part of a writer's guild. We're here to support you, help you, and we hope you find collaborators that can help you see your work as a reality."

Fade In: has its general meetings on Thursdays at 6 p.m. on Zoom; links are on both Instagram and SunDevilSync pages. It has several scripts to read for the next few weeks, and organizers hope that in the near future they can reach out and work with guest speakers. 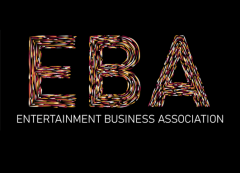 Entertainment Business Association is a student organization dedicated to building a diverse community of young professionals passionate about the entertainment industry by promoting professional development and celebrating creativity. Members develop business skills while exploring careers in film and television, event planning, performing arts management, branding and many other fields of entertainment. EBA provides valuable and inclusive experiences through professional workshops, industry experiences and guest speakers to build a successful community both within ASU and in the industry.

“Entertainment Business Association helped me find a home where I could meet like-minded individuals interested in the business and creative side of filmmaking,” said Valeria Valdes, club president. “Through EBA's Speaker Series, I met and networked with local professionals whose stories helped me gain a deeper understanding of the industry, how to continue my professional growth, and the rewards and challenges associated with a career in entertainment.”

The Association of International Media at ASU has a goal of promoting culture and diversity through film and media. Students can expect to work on documentaries and to host interviews that showcase the work and talent of people from around the world. In a biweekly segment called “Studio Talk,” group members feature special guests with international backgrounds, and they showcase their guests’ culture/diversity through music, film, dancing or life story. All majors are welcome in order to work together and promote culture and diversity.

“Being a part of AIM is a wonderful opportunity for everyone, regardless of their background, to learn more about cultures worldwide and to exercise their skills in highlighting the diversity of not only ASU’s campus but our surrounding communities as well,” said AIM club officer Shalina Baysan. “The ultimate goal for this club is to get more connected with them.”

AIM’s usual club meetings are every Friday from 3 to 4 p.m. on Zoom.

Maroon & Gold Entertainment is a platform that allows ASU students to conceptualize, develop, shoot and produce independent films. Through MGE, students can create content and learn the ins and outs of the industry from preproduction to post. The club produces three or four short films every semester, and students can learn how to develop and cover scripts, pitch ideas, work together on set and market their art. MGE is founded on community and connection.

For the most updated announcements and clubwide communication, follow MGE on Instagram and on Facebook. For more detailed updates through email, request to be a member on SunDevilSync.

The leaders of each of these barrier-breaking and highly organized groups come together on a biweekly basis to discuss events and ways to support one another while fostering a sense of unity and inclusivity.

Plaizier explains on behalf of his organization, “I know the big idea is that people can come to Fade In: with their script, get it workshopped and then bring it to, say, Maroon & Gold Entertainment to actually produce it. As for other clubs such as Entertainment Business Association, Hollywood Invades Tempe and Association of Filmmakers of ASU, we are supporters and collaborators of their events and activities. Ideas are still being thrown around, but I'd like to see Fade In: co-host events with each club.”

Hoskyns of Association of Filmmakers at ASU adds in a final note, “Each club represents a very different but very important part of the industry; we no longer want any competition but rather finding ways we can all help and support each other. In the world beyond ASU we are going to need each other too, so we want to build that foundation and connectivity now and have it continue on.”